THE UNPLEASANT TRUTH ABOUT AUSTRALIAN BANKING 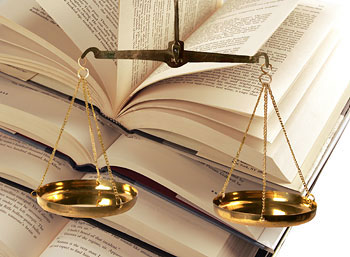 The Problematic Code describes the unfairness of bank/ customer relationships in Australia and how consumers and staff were misled into believing the code subscribing bank directors would act fairly and reasonably to customers, in a consistent and ethical manner.

The research explores how subscribing banks misled customers, without regard to the law, ethics and their Code, which sets out prudent banking practices.

In 2010, four Rio Tinto executives in China received jail terms of between 7 – 14 years for having seriously damaged the interests of Chinese steel enterprises. It is impossible to imagine penalties the same court would have handed the directors and CEOs of banks if they collectively acted to damage the interests of every Chinese bank customer.

It will be interesting to see if the Australian authorities hold the directors and CEOs of our sixteen code subscribing banks accountable.

The purpose of this paper is to alert legislators and regulators to the challenging problems caused by the bankers problematic code. Dubious practices have continued for eight years, with directors and ambitious CEOs relying on the banks mega-funds to use courts to their advantage and conceal breaches of a Code intended to be in the interests of all parties, bankers and customers alike.

The full story is outlined in the notes below under PART C and headed PREFACE:

(ii) Code Compliance Monitoring Committee Association Constitution (the Constitution) it was introduced by directors of the major banks an the bankers’ association including CBA, WBC, STB, ANZ, NAB and RABO, including clauses 8.1 pages 14 ­ 15, (attached as 040214 CCMC Constitution)

Notes: Eighteen banks, representing 13 banking groups, currently subscribe to the Code meaning that it covers approximately 95% of the Australian retail banking industry. This statement was published on 29 June 2015, and can be found at paragraph 5: The impairment of customer loans: Submission 4.

It notes ASIC has been unable to address dishonest practices introduced by the Australian Bankers™ Association (ABA), the Code Compliance Monitoring Committee (CCMC), the Financial Ombudsman Service (FOS) and the responsible bank regulators, APRA, FOS and the Treasury.

The concept of self-regulated banking was introduced by government prior to the 2003 Code of Banking Practice being published in August 2003, and adopted by banks shortly thereafter. As a result, countless individuals, small businesses and farmers have suffered financial damage.

Under the February 2004 Constitution, when banks take customers to FOS, Farm Debt Mediation or commence an action in the court, the bank appointed regulator, the CCMC, relying on banks to self-report their own corrupt and unlawful practices, will not investigate 2003 and 2004 Code breaches.

FAIRNESS OF BANK/CUSTOMER RELATIONSHIPS I carried out research for the Council of Small Businesses paper presented to the Senate Economics Committee’s Inquiry Into Banking Competition in December 2010. The Senate published the paper. The paper draws attention to matters inhibiting competition and independence by the subscribing banks when providing services to customers based on practices set […]

PROBLEMATIC BANKING PRACTICES This paper provides an insight into nine years of problematic banking practices and will be published chapter-by-chapter over coming months. It examines the extent to which customers of major banks are not provided fair treatment and full disclosure of facts by banks relevant to banking practices and customer protection. Before 1981, activities […]